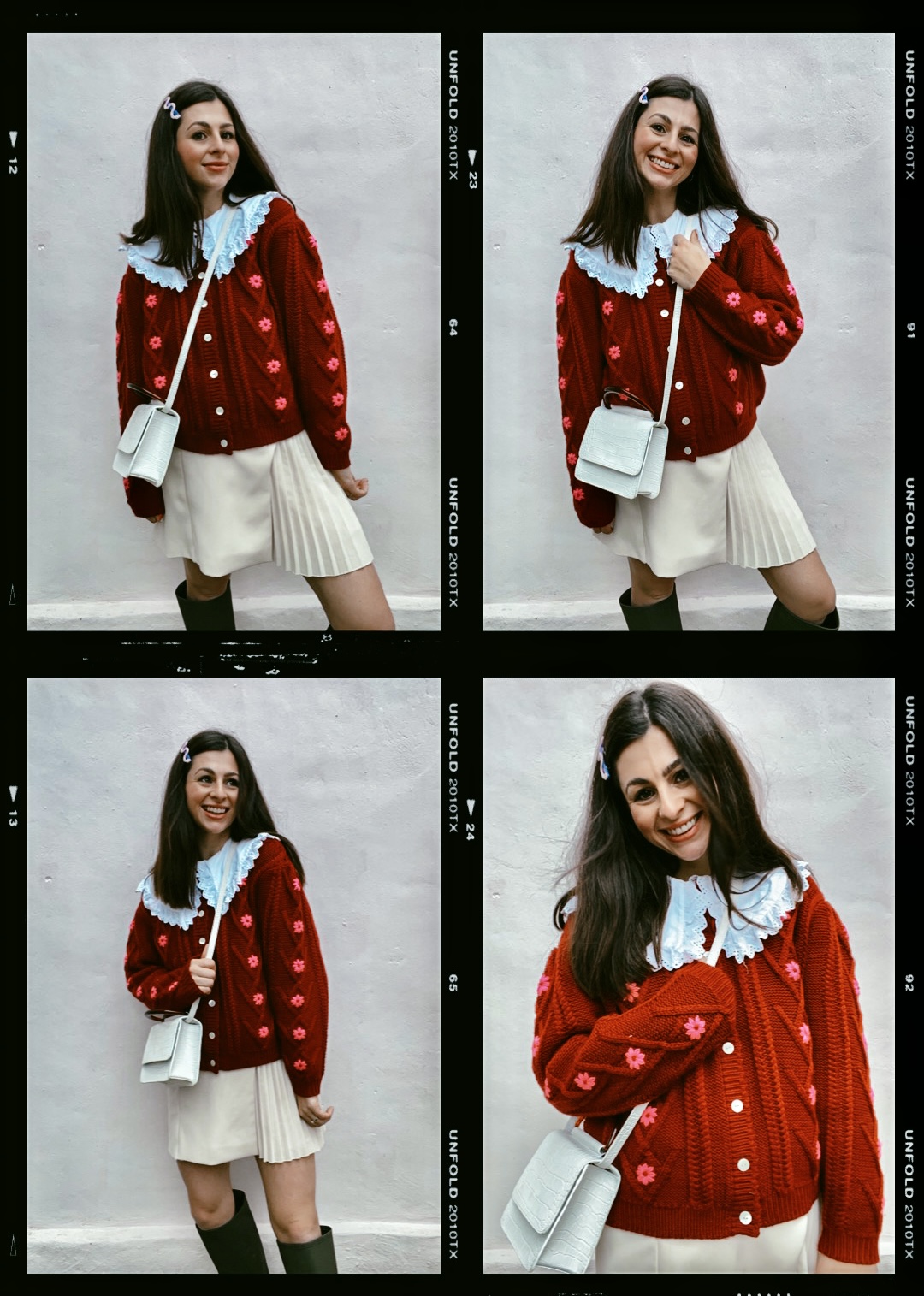 Period Poverty, have you heard of it? If you’re on Instagram, Facebook or Twitter (you definitely are) or you’re partial to a slice of current affairs, it’s likely that you’ve come across the term, period poverty.  But, what exactly is it? What does it mean? Is it a serious issue? Is it a fad? Is ‘period power’ really on the rise? Or, will this be another thing that blow’s over after a flurry of Twitter posts and Instagram photos, mainly of us doing something slightly absurd and posting with a shared hashtag? PS. I am certainly not mocking said campaigns, they are incredibly effective and often, very much needed. I still wouldn’t have had my first smear test if weren’t for people taking photos of themselves with smeared lipstick across their faces and posting them online.

But, what makes period poverty different to the other shout about it once a year causes that we, admittedly, but well intentionally,  jump on at appropriate times of the year? For me, it is that since I found about it, I have not been able to stop thinking about it. The explanation for this new found interest probably lies somewhere between the relationship I have with my own period and my experiences teaching kids in a London borough where poverty is high. I found imagining the girls that I know in the places of those I’ve read about a little too close to home, and this was enough for me to find out more.

Period poverty recently sparked interest in the public eye after a hard- hitting scene in the 2016 film I, Daniel Blake showed a young mother shoplifting deodorant and sanitary towels because she couldn’t afford to buy them herself.  Following the release of the film, the idea that some women are unable to access basic hygiene products touched the British public and UK food banks were inundated with sanitary care donations,  Later, BBC reports of Leeds schoolgirls, as young as ten, using torn t-shirts, newspaper and tissues were released, highlighting that a shocking number of girls were missing school every month to avoid the shame and embarrassment of being unable to afford appropriate sanitary products.

The reality, that for some females these products are an unattainable luxury, is becoming more evident as time goes on and this inaccessibility is what is referred to as period poverty.  With campaigns like the nation-wide #FreePeriods movement leading to increased social media coverage, the scale of this issue is becoming increasingly apparent to us. A recent survey of 14 to 21 year olds by Plan International found that 15% of girls have struggled to afford sanitary care at some point, with one in ten girls admitting to borrowing or improvising with sanitary products. Shockingly,  7% of girls described using socks, newspaper or fabric to get through their period, in place of tampons or pads. Plan International’s findings highlight that there are a signifiant number of girls in the UK whose daily lives are impacted by period poverty, both physically and emotionally, as taboo’s around menstruation are impacting girls’ self-esteem and sense of self-worth. ( Click here to read all the findings from this report.)

Sadly, we can be confident that period poverty doesn’t end with school aged children, and it would probably be impossible to know exactly how many women living in the UK are currently affected. This is partly due to the circumstances that many of these women are living with and partly due to the embarrassment and shame which surrounds this taboo laced topic and prevents women from asking for help. What is clear, is that when you’re struggling to provide warmth, food and shelter for yourself or your family, spending money on sanitary products is not a priority. And honestly, that makes total sense to me. Despite it being damaging or dangerous, if it were me I know who and what i’d spend my money on first.

The period poverty phenomenon is widespread and complex. It is so much more than supporting women in poverty by handing out sanitary products. If we are to tackle period poverty in this country, we must challenge the stigma and the shame, which surrounds speaking up about menstruation. It is a shift in our education, our attitude and our culture that we really need and for this to happen we must this conversation  FLOWing.

Tell me now! How Can I help?

One amazing thing that has come from period poverty gaining momentum in the public eye, is the number of women speaking up in support of women affected by period poverty, many of whom are also doing awesome things campaigning towards an end to period poverty in the UK. Here’s who they are and how you can help.

Headed by the amazing Amika George, a schoolgirl herself! The #FreePeriods campaign is committed to ending the stigma surrounding periods and is calling on the government to ensure that children from the lowest income families are no longer marginalised by providing free sanitary products to those girls eligible for free school meals.

Sign the Free Periods petition here, it will take less than a minute and with 13 MP’s and 157,585 alreadyon board, change doesn’t seem so far away!

Bloody Good Period provides menstrual supplies and toiletries to asylum seekers, refugees and those who can’t afford them. It was started by Gabby Edlin who decided that something needed to be done about the fact that very few food banks and asylum seeker drop-in centres were providing feminine hygiene products, despite a desperate need. What started as a whip-round on Facebook is now a growing enterprise with a vision to end period poverty. They rock!

You can donate sanitary products to Bloody Good Period here

The Red Box Project is an initiative that quietly ensures that no young woman misses out on her education because of her period. It is 100% community driven and is run by pockets of women around the UK (including me). We place fully stocked Red Boxes of sanitary wear in schools for young women to access, aiming to reach those who may not be able to afford these vital items with the promise that we will never let a box run empty.

Search instagram/facebook to see if there is a Red Box Project happening in your area. If there is, drop a pack of sanitary pads in a local collection point or donate directly to them to support girls in your local community.

If you think that you would like to coordinate a Red Box in your local area or school, just send HQ an email for more information: redboxprojectuk@gmail.com. Feel free to ask me any questions too, I run the Red Box Project in South Hackney  and would be happy to help.

My Freda is an online, organic sanitary wear subscription service with a giveback pledge. They use their voice to campaign for universal access to period care products and girls’ right to education and donate a portion of their profits to initatives addressing these issues.  They send monthly (or whenever you like) subscription boxes through your letter box so that you never have to do that last minute tampon run. They also happen make the comfiest tampons ever with no nasties in them at all. Seriously!

You can also send sanitary donations at subsidised costs directly to Bloody Good Period, A Bloody Good Cause and The Red Box Project Hackney through Freda here.

Get yourself signed up! I honestly can’t believe the difference in my periods since switching from Tampax -my period pain has basically gone. Freda tampons are made from 100% organic cotton compared to non-organic cotton, which is sprayed with toxic pesticides, herbicides and fungicides, all of which are absorbed into our bodies. Use code: NewFreda for £5 off your order.

Freedom 4 Girls is a charity, which aims to end period poverty not just in the UK but also aims to tackle the worldwide problem. They are helping struggling women & girls to have access to safe sanitary protection by offering not just disposables but environmentally friendly, washable reusables and also mooncups. In the UK they deliver hundreds of pads each week to schools, refugee & women’s agencies, community groups, even supermarkets. In Kenya they have already delivered over 4000 reusables  and educated 1000’s more and set up sewing workshops to support local women with jobs to pull them out of poverty.

Donate to Tina’s Go Fund Me page here. £7 will supply a girl in Africa with a washable reusable sanitary pack that will last up to 3 years. This will enable her to  attend school without a break due to lack of protection.

And, if none of the above take your fancy, just tell your mates about period poverty. Explain to your kids that periods are natural. Buy an extra pack in your weekly shop and drop it at a food bank, beauty bank, or in a red box. Use social media. Share this post. Tweet Damien Hinds ( here.)  Keep this conversation bloody flowing.

Currently, Over 137,700 children in the UK have missed school because of period poverty. Let’s try to change that. No child should miss out on their education because they’re bleeding. No woman should feel ashamed in asking for basic hygiene, period